Top Shipbuilding Companies in the World

Before we reveal the list of the top shipbuilding companies in the world, let’s learn how we evaluated the companies.

The shipbuilding industry has become an important factor in the global economy and its use in transportation has gained significance in the last decade.

Ship transportation has become an extremely significant means of transport. Many products can be shipped from one country to another in bulk, quite easily by large ships. This is a chief factor in global trade. Large container ships are playing a major role in the global market and economy.

It becomes easy to import or export through large vessels and hence shipbuilding industries are increasing in terms of development and facilities. Products that are shipped by ships are ore, metal, steel, etc. Ships are also used for tourism like cruise ships.

Some of the major shipbuilding companies are mentioned below.

The headquarters of Hyundai Heavy Industries is located in Ulsan city of South Korea which is located to the south-eastern tip of the Korean Peninsula.  It is the largest shipbuilding organization in the world. Hyundai Heavy Industries was founded in 1972 by Chung Ju-Yung.  HHI made its presence felt when it constructed the world’s largest shipyard and two VLCCs in 1974.

The area covered by the shipyard is 1780 acres. It acquired 200 million deadweight tonnes of production in 2017. The shipyard constructed over 2,191 ships for about 324 ship owners of 52 countries, in 2018. It also has 12,500 employees. It also boasts of 10 large-scale drydocks equipped with nine “Goliath cranes (Gantry Cranes)”.

HHI has built more than 2,200 ships and delivered them to 324 shipowners in 52 countries till now.

The shipyard is highly equipped with advanced technologies and facilities. The facilities include offline welding robots, a machine shop, and a crankshaft shop. Its revenue in 2016 was 33.89 billion USD.

Two shipbuilding giants in China, CSIC and CSSC, merged to form a large shipbuilding corporation on 26 November 2019. The new company will manage the largest shipbuilding and repair facilities in China. With their combined shipping research and development abilities, the company will meet the global technical standard and safety agreements.

It manages the shipbuilding work of western and northern China. It is the largest group in managing China’s sector of designing, manufacturing, trade of military and civil ships, and marine equipment and engineering. CSICs main work consists of overseas investment and financing, scientific research and production of military products, production, and repair of large civil vessels, much more such activities. It is a well-developed and economically significant shipbuilding company. 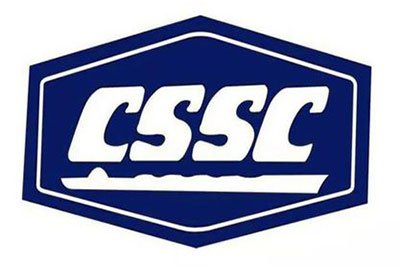 This firm operates the shipbuilding of the eastern and southern parts of China. The main work of CSSC previously focused on repair and shipbuilding in the areas of Dalian, Tianjin, Wuhan, Kunming, and Xi’an. Some institutes and enterprises have 97 member units with a turnover of RMB 11 billion.

These organizations together had a revenue of about USD 72 billion in 2016. The aim of the merger was to stave off the competition from the planned merger of entity emerging out of South Korean Hyundai Heavy Industries and Daewoo Shipbuilding and Marine Engineering. 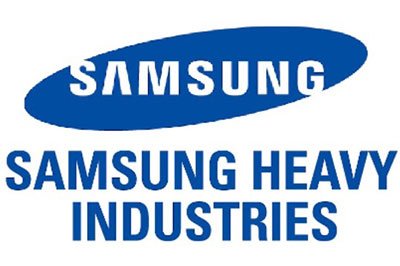 It mainly focuses on the engineering, construction, and delivery part of gantry cranes for fabrication yards, transportation of ships, drilling, and floating production units for the oil and gas sector and services. The company has also constructed the largest wind turbine in the world, the S7.0-171 which is still considered as one of the most powerful wind turbines in the world.

The revenue of the industry as of 2020 was 6.14 billion USD which is down by 7% from the previous year’s revenue. The company is still one of the largest companies in shipbuilding. 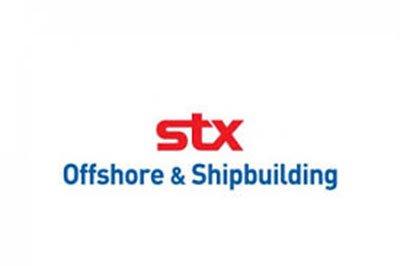 The company is concentrated on manufacturing car and truck carriers, LNG and LPG carriers, tankers, product and bulk carriers, large ore carriers, container ships, special purpose ships, and naval ships. It managed to build 700 ships in the last 40 years in the area of Changwon and Busan. 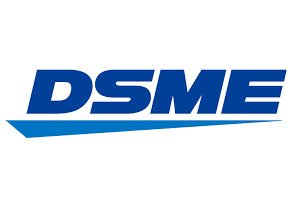 DSME stands for Daewoo Shipbuilding and Marine Engineering. It is located on Geoje island alongside Samsung Heavy Industries. This is taken into account as South Korea’s “Big Three” including Hyundai Industries and Samsung Industries. It was founded in 1973 and the shipyard completed in 1981. The shipyard now spans an area of 4.9 million square meters with the world’s largest dock with a million-ton capacity equipped with a 900-ton goliath crane.

DSME was ordered to give 10 large container ships by Maersk Group. It was ordered to have a capacity of 18,000 containers in each ship. Afterward, the Maersk group ordered 10 more such ships from DSME.  The company is also constructing 15 LNG icebreakers or tanker ships FOr Yamal LNG for exporting LNG from the Russian Arctic. It also built 3 Indonesian submarines.

The company will soon be merged with the other Korean giant, HHI. The merger deal is in the last stages with regulatory approvals pending. 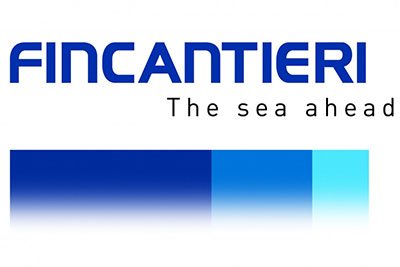 The company is an Italian shipbuilding firm. It is based in Trieste city in northeast Italy. It is the largest shipbuilding in Europe and one of the largest in the world. The company mainly builds military and commercial ships. It also has a ship repair sector. The types of ships built by the firm are passenger ships, merchant vessels, naval ships, and offshore vessels. More than 19,000 employees work at 18 different shipyards across four continents. There is one research center,  two design centers, and two production areas for mechanical parts.

It acquired the Manitowoc Marine Group and also purchased a repair yard in Ohio and a production site in Wisconsin. Thus, it became the leading shipbuilder in the US for the government and commercial sector.  It also acquired STX OSV from STX Europe in 2013 (renamed Vard) and STX France in 2018.

The company received its biggest order for building 4 cruise ships worth 4 billion Euro by Carnival Corporation and plc. Its revenue in 2020 was 7.12 billion USD.

This is an integrated manufacturer of many types of machinery and different equipment. It manufactures ships, bridges, industrial machinery, laser processing systems, material handling systems, cancer diagnostic and treatment equipment, and many more such products. They also produce equipment for the protection of the environment and work on recycling processes.

Sumitomo Heavy Industries was formed by combining Sumitomo Machinery Co Ltd. with Uraga Heavy Industries in 1969. The company built the famous Seawise Giant which is an Ultra Large Crude Carrier supertanker (ULCC). This was the longest ship built-in history but in 2010 it was scrapped in Gujarat, India.  The revenue of the company in 2020 was 7.8 billion USD. 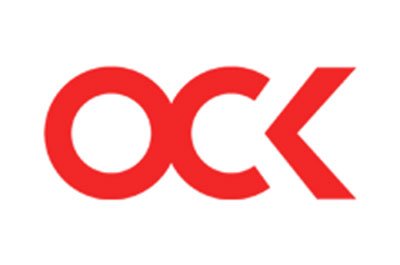 United Shipbuilding Corporation was established on 21 March 2007. It is an open joint-stock company in Russia. This establishment is done under a presidential decree of President Vladimir Putin. The industry works on shipbuilding, maintenance, and repair in shipyards located in western and northern Russia.

The company is Russia’s largest shipbuilding company. Nearly 40 domestic shipyards and ship repair yards are present. They are into building and constructing icebreakers, auxiliary vessels, and marine equipment. It is also responsible for building submarines and missiles.

Almost all the Russian Navy and foreign warships are designed by USC design offices. It is involved in building a modern fleet for operation in the sea, inland, and offshore water routes. The revenue of the industry is 5.58 billion USD according to 2017 data.

It mainly focuses on advanced technology and intensive outfitting for the construction of ships. This work proceeds at the shipyards of Yokohama, Shimonoseki, and Nagasaki.

It has developed many LNG and LPG carriers, passenger ships, and special purpose vessels. The revenue of the complete heavy industries sector was 36.7 billion USD in 2019. 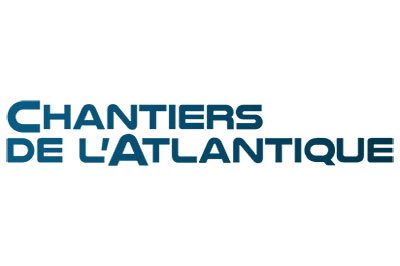 Chantiers de l’Atlantique was formrely STX France.  It is on the list of one of the largest shipyards in the world. It is located near Nantes city in the Loire river. It was under STX corporation, but when STX corporation went bankrupt it was acquired by the French government. Then, in 2018 Fincantieri took control of the company and named it Chantiers de l’Atlantique.

The firm built some of the notable ships in the world. It has constructed the famous sister-ships. It has also built many Renaissance Cruise ships, Celebrity cruise ships, Royal Caribbean Cruise Line, and Festival cruise ships. The largest passenger ship in the world as of May 2020, Symphony of the Seas is also constructed here.

Some other major shipbuilding companies are mentioned below.

It is the largest shipbuilder in Japan in terms of tonnes and sales revenue. It is currently operating, maintaining facilities, and shipbuilding in Amsterdam and Tokyo.

This is a Singapore-based Asian company. Its services are repairs, upgrading, offshore platforms, specialized shipbuilding, rigs, and floaters. The largest crane vessel in the world, The Sleipnir was built by Sembcorp Marine Ltd. It has global connections with countries like Indonesia, Brazil, and the UK. The revenue of the company in 2020 was 1,094.89 million USD.

It was founded in 1917 and the headquarters is located in Hiroshima, Japan. It is also one of the major shipbuilding and ship repair companies in Japan. Products manufactured by the company are container carriers, wooden chips, car carriers, and bulk carriers. It is also engaged in building small cruise ships. The revenue of Tsuneishi shipbuilding was 1.55 billion USD in 2020.

Mayer Werft is the German shipbuilding yard. It constructs container ships, gasoline tankers, livestock ferries, and recent luxurious cruise ships. One of the most modern and largest shipyards in the world is Meyer.

It 70% owns STX Finland. 3,300 employees are working here. It has ” Dockhalle 2″ which is a large usable space and hall for shipbuilding. It ranks 5th in the largest usable space in the world. The revenue of the shipyard in 2020 was 84.8 million USD.

The headquarters of the Cochin shipyard is in Kochi, Kerala in India. It is India’s largest shipbuilding yard and also manages maintenance facilities. It has built an aircraft carrier, INS Vikrant for the Indian navy. This is the first indigenous aircraft carrier in the country.

The shipyard also offers training for graduate engineers in marine engineering. The first ship made here is MV Rani Padmini in 1918. It gives ship repair facilities for all types of ships. The revenue of the shipyard was 510 million USD in 2019-2020.

How Does A Rudder Help In Turning A Ship?

Major Container Ports in the World

What is Baltic Exchange?

What Are Oil Terminals?

This website uses cookies to improve your experience. We'll assume you're ok with this, but you can opt-out if you wish. Read More